In summer 2019, we launched our latest project, Discoveries from Africa. This exhibition was the brainchild of Binky Newman and friend Suzie Ovenstone, the owner of The Old House Shop in Plettenberg Bay, popular for its beautiful homeware, accessories and clothing. The exhibition showcased a curated collection of intricately handcrafted basketware, jewellery, artefacts, ceramics, furniture and other glorious examples of contemporary African design. 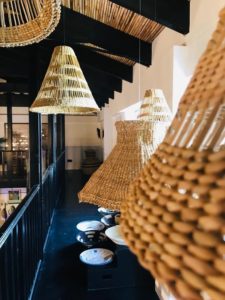 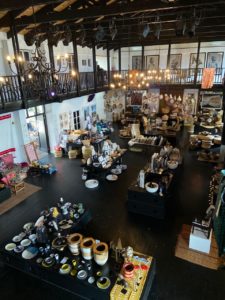 It was a celebration high quality handcrafted items from Ghana, Rwanda, DRC, Tanzania, Mali, Malawi, Burkina Faso and South Africa, “an experience of the senses – sights, sounds and flavours of Africa”. Much of the inspiration was drawn from travels through Africa and the Indian Ocean Islands, such as the Kenyan island of Lamu, known for its coral stone buildings, dhows and mangrove timber. The island’s bohemian, evocative atmosphere was a strong inspiration for our show.

Collaborating with friends, near and far, gave the exhibition the richness we set out to bring. One could find handcrafted, ethically-produced AAKS handbags alongside Knysna furniture maker Richard Henley’s chairs, with our finely woven baskets and Obie Oberholzer’s photographs. Namibian-born, Amsterdam-based photographer Kyle Weeks was also on show, whose, according to Vogue Italia photo editor Chiara Bardelli Nonino, “sleek, burnished images deal with the portrayal of masculinity and the African body in our globalised world – with a style that crosses documentary, art and fashion genres”. Well-known South African studio potter, Clementina van der Walt, also had pieces on display, as well as up-and-coming ceramicist Theo Ntuntwana. 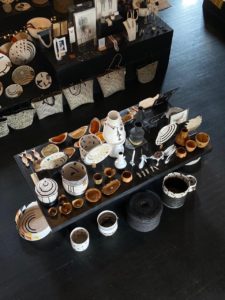 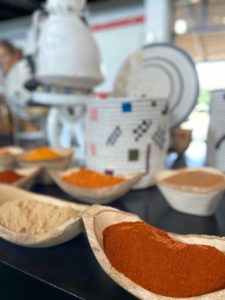 A portion of the exhibition turnover was donated to The Tikki Hywood Foundation. Founded in 1994 by Lisa Hywood, The Tikki Hywood Foundation is a non-profit, rescue, rehabilitation and release organisation. It strives to bring recognition, awareness and sustainable conservation action to lesser-known endangered species, such as the pangolin, the most trafficked mammal in the world. Pangolin etchings by Shui-Lyn White embodied the vulnerability of these majestic little animals.

Initially set to run for December and January, the exhibition was so well received that we decided to extend it until the end of April 2020. Unfortunately the Covid-19 outbreak brought an early end to the event, but the joy it brought to our many visitors made it all worthwhile, and we hope to bring it back again.